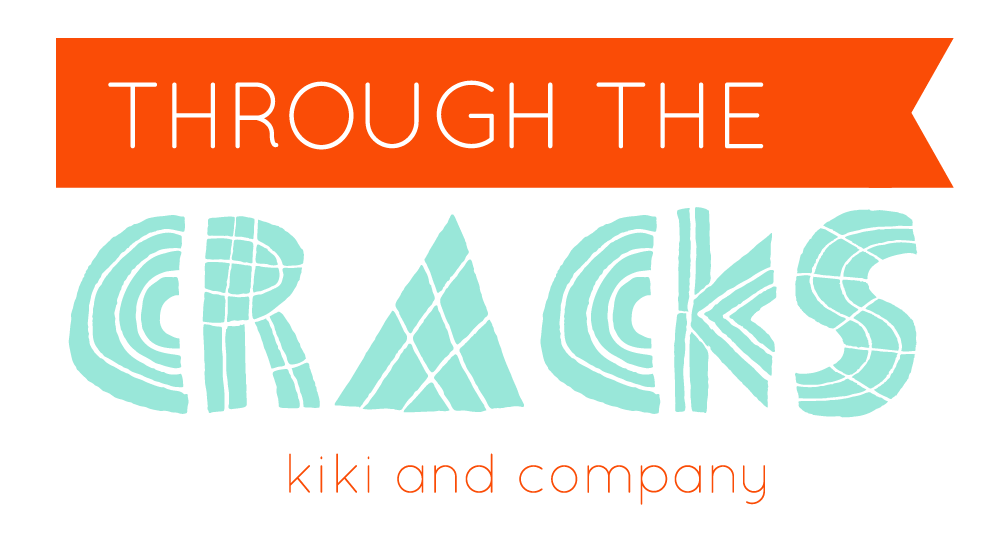 This week as I set into the task of making my newly turned 8 year old’s cake for him, he had only one request. “I want 8 layers, one for each year that I have been alive.”

I got up the day before and made the cakes. We live in Las Vegas, so using the oven this time of year is psychotic. We hit 106 this week. We don’t need the ovens help to heat up our house. 😉 BUT, I did all the baking for the week. Cupcakes, check. Bundt cake, check. and 4 thick  10″ layer cakes, check.  By the next morning, it was cool again and ready to decorate. 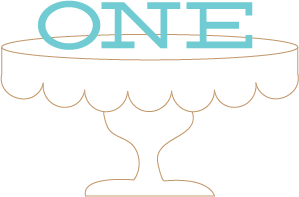 I started to cut the first layer in half and placed it gingerly on the cake plate. I couldn’t help but think of how big and chubby my boy was when he was born. He came out huge and the happiest baby I have ever seen. He made that first year SO easy on me. He slept through the night at 3 weeks. 3 weeks! The first year was filled with smiles and giggles. 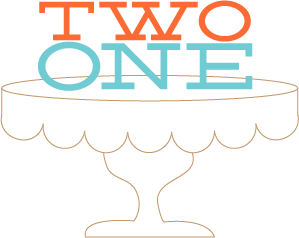 The first layer of frosting went on so smoothly. I didn’t want to use too much. The cake was already going to weigh close to 20 pounds. As I added the second layer, it fit perfectly.”I love when that happens,” I thought. At 10 months when we started teaching our 2 1/2 year old his letters, we sat our baby down with him to watch The Letter Factory everyday. At 13 months, when we started quizzing our almost 3 year old on his letters, our 13 month old knew every single one. My husband and I looked at each other and didn’t know what to think. Can babies learn that quick? Sure enough, we used flashcards in a random order and showed them to him and he knew every. single. one. I knew then that I would have to pick up my game with him. I could expect more from my 3 year old and my baby taught me that. 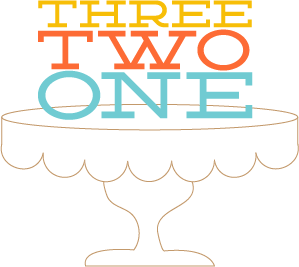 The third layer started to give me a little bit of trouble. It didn’t fit quite perfectly. I had to add extra frosting to fill in the gaps and had to press a few spots in to make it level. After having an almost dreamy 2 years with him, the day the 3rd year started, I don’t  know what happened, but he started to find independence in every piece of his life that he wanted. He formed a temper that was almost inconsolable. I remember him melting down and me just holding him tightly and rocking him until he would fall asleep in my arms. I would rub his arms and legs and he would wake happy. We would do this a few times a week. He also looked up to his brother more than any little boy I have ever seen. No one could make him happier, make him laugh harder or get him out of a funk faster. His brother was one of my newest parenting tools. I worked so hard with each of them through the days, teaching them about the earth, letting them play and make messes, read to them books over and over again and we all learned together. 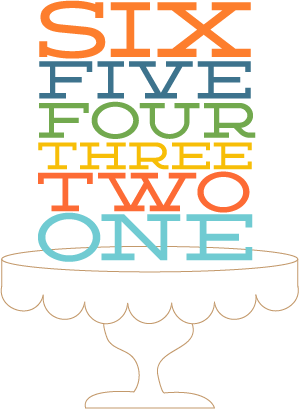 That fourth through sixth layer were tough ones. I had to quickly pick them up and hope I was placing them just right. I’d put a little extra frosting on them to make sure they would hold tight. I even spread the frosting over the sides a little just to grab any extra crumbs that were trying to get away. The anticipation of each layer was killing me. Would I break the next one? When one of them did, I just picked up all those little pieces and fit them right back, just like a little puzzle missing a piece. My boys were best friends. When one was down, the other would go to him and help him get back up. They were fiercely loyal (and still are) to one another. My boys now had a little sister that took some readjusting to get use to. We moved across the country and the loss of friends and a schedule that they depended on made having one another even more important. The summer before my oldest started kindergarten , we really started working on reading. When they caught on, it was like wildfire. They both ate it up. I think reading early has been the biggest catalyst for my boys in quenching the thirst they have to learn. The next few years went by, each year the temper tantrums and angry moments grew until we got about in the 5th year and then they  got fewer and fewer. I have never prayed so hard for guidance in helping me know how to teach and guide and model. There were moments where he broke, like the first day of kindergarten when he was shown the Letter Factory. He told the teacher it was a stupid movie (in 5 year old language, this was “boring”). He was so looking forward to school and it took all I had to pick him up each day and tell him he could go and have so much fun. I waited in anticipation each day to see how school would be. We had more yellow and red days than green that year. But when he would get home, we would work hard on his “fun learning”. And he flourished. 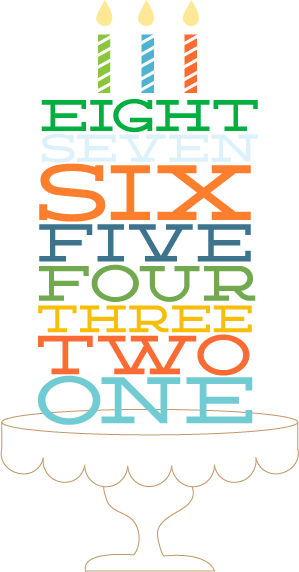 By the time I reached the seventh layer, I knew how to successfully get that cake on without breaking it. It wasn’t a perfect cake, but when I placed that eighth layer on, I was happy I had a cylinder of some sort! 🙂 I took a knife and cut around some of the wider layers and cut them to the same size and the others. I took a lot of frosting and frosted a thin crumb layer to hold it all together. I put it into the fridge to set.  The last two years we have found a rhythm, my 8 year old and I. He is learning to recognize and handle his anger and I am learning how to parent him through it. He is finding all kinds of joy in learning, especially in books that take him to other lands and places. And I am finding all kinds of joy watching him. The telling and preaching have turned more into guiding and showing. He and I both realize we have imperfections that we are working on…together.

As I took the cake out of the fridge and started to decorate the outside, it all just made me smile.

Life is not perfect. Parenting is not perfect. With every one of those times we think  we are doing things just right, we learn that just around the corner is a new bump in the road. Everything doesn’t fit just right, but that is what readjusting  styles and mindsets are for.

As I stood back and looked at the finished cake, I was so grateful for the challenge to make a layer for each of his years. 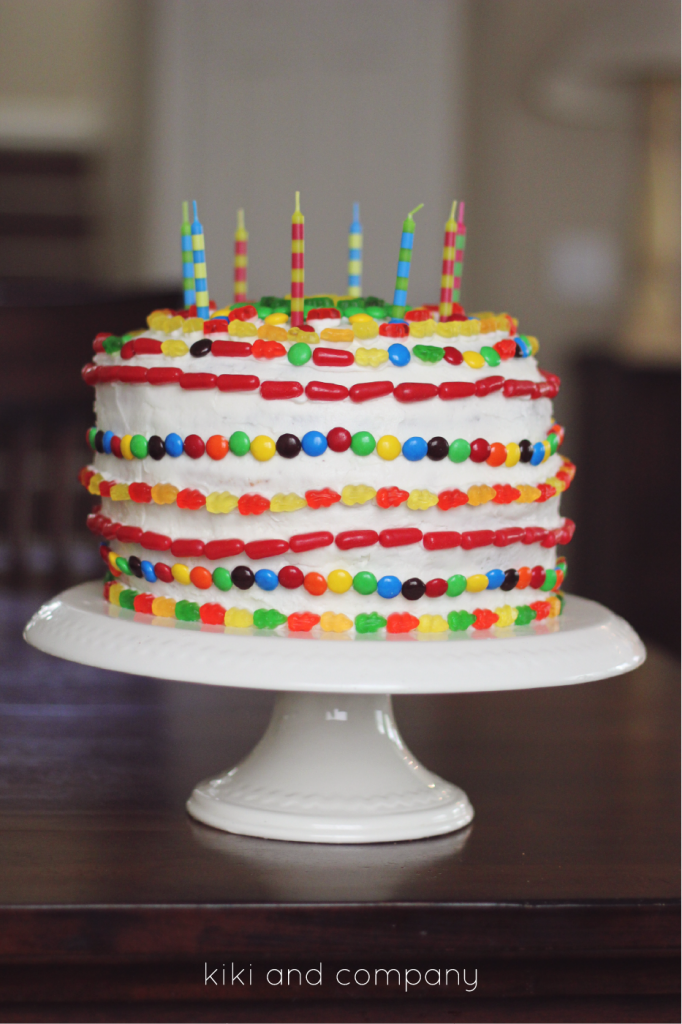 He has taught me SO so much through the years. My parenting (and cake decorating) skills aren’t perfect. Things aren’t always just right. 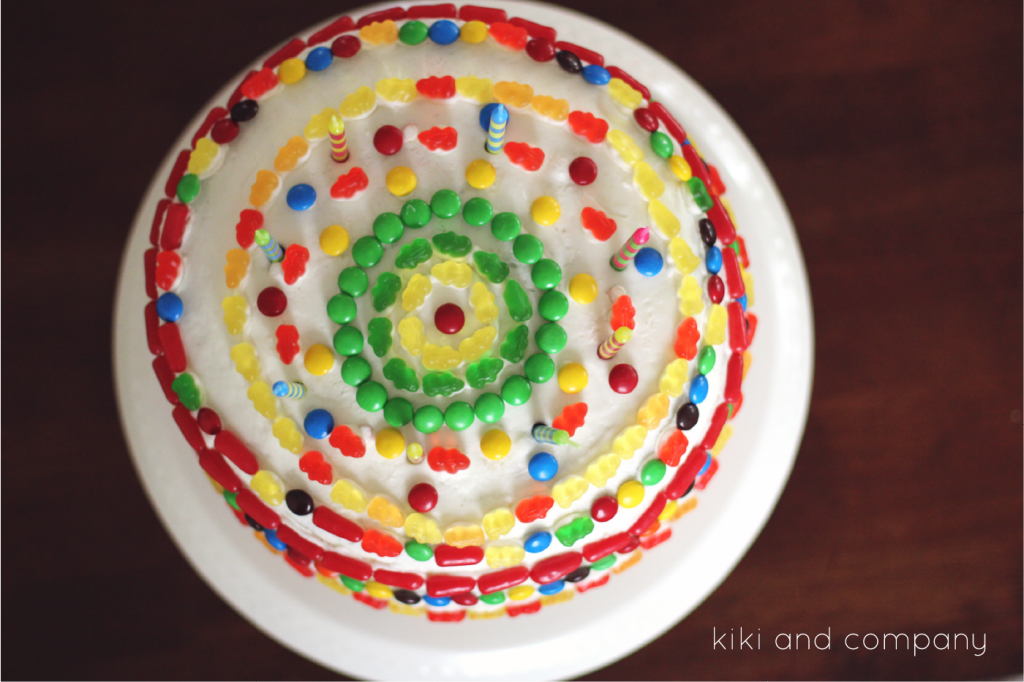 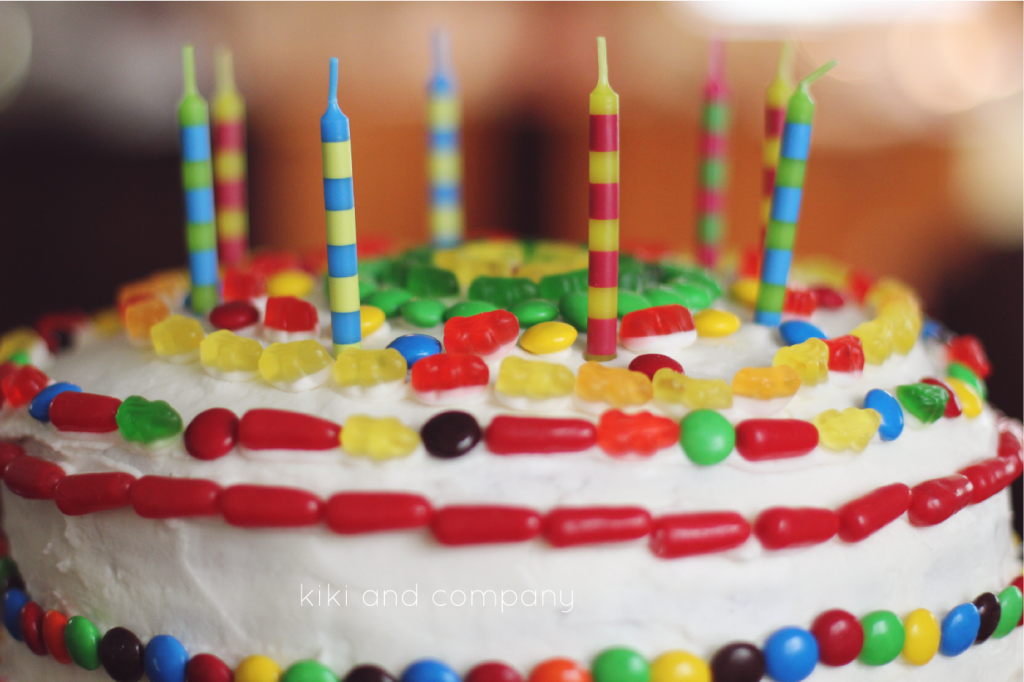 Because it is what is inside that counts. And as we parent with our spouse and the Lord, those layers and layers of parenting failures and successes add up… 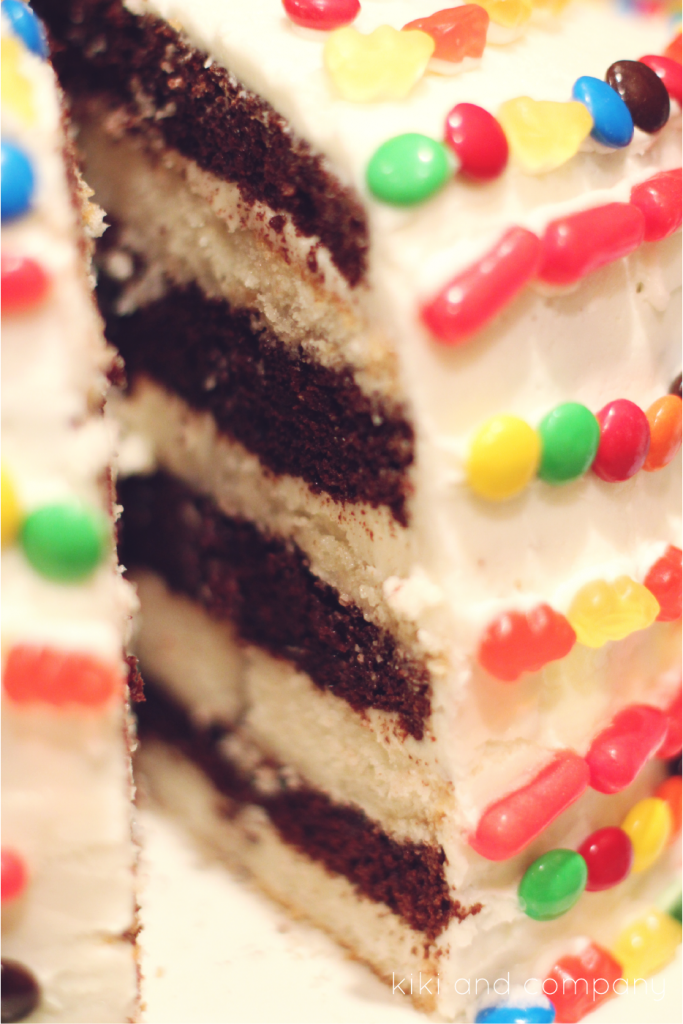 to layers and layers of sweet, sweet memories. Some that I wish didn’t happen, but that I will never forget. Some that were painful as a parent because they are moments where I looked to dissect a situation and it led to discovering that my parenting wasn’t leading to a positive outcome, but also so many times where it did. 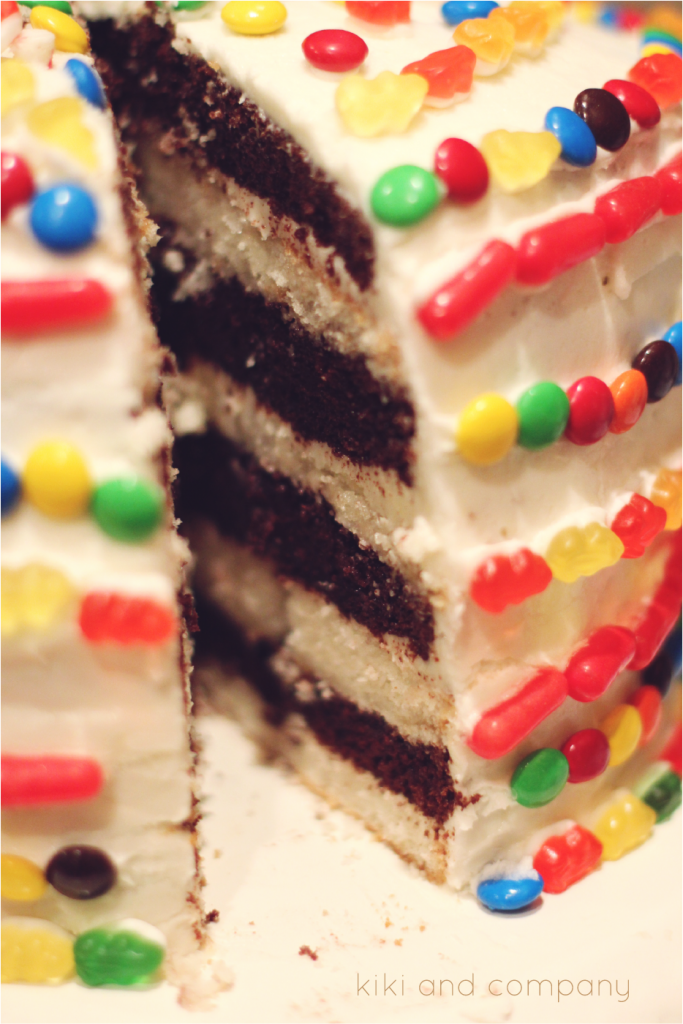 And when I see what my sweet baby has turned into over the last 8 years, I can look at that cake and see my mistakes and my successes and see how it all came together in one awesome moment where his face just lit up and exclaimed, “Awesome, mom!” And I’d have to agree with him. Because he is. 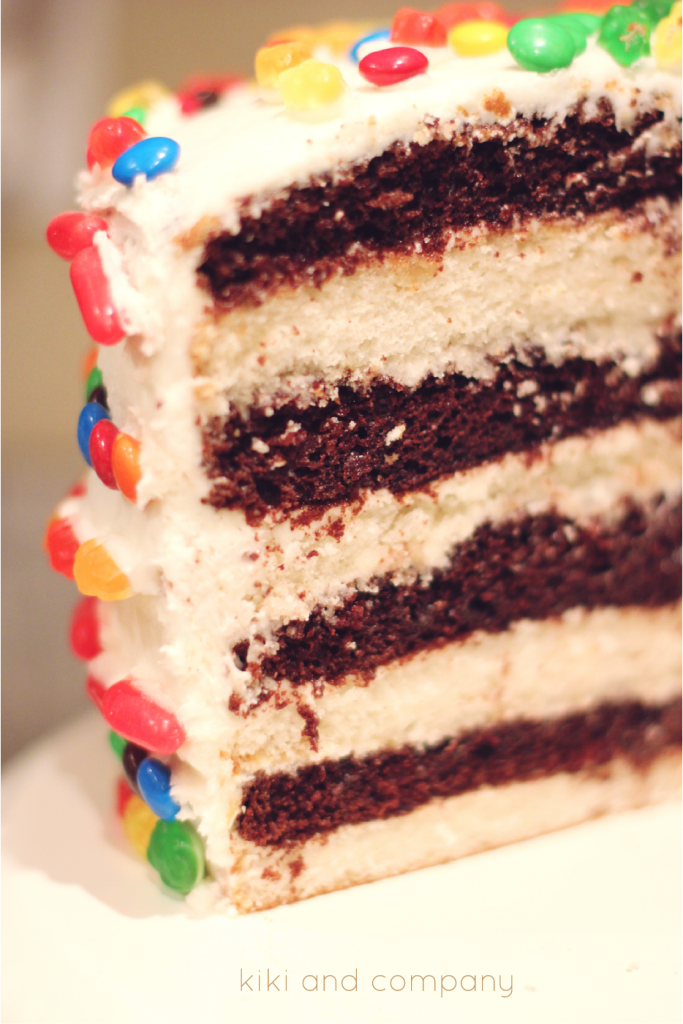 It’s been a great 8 years. And as he blew out the lights to bring in another, I couldn’t help but think of the incredible, amazing and exciting layers that will be added in the years to come. 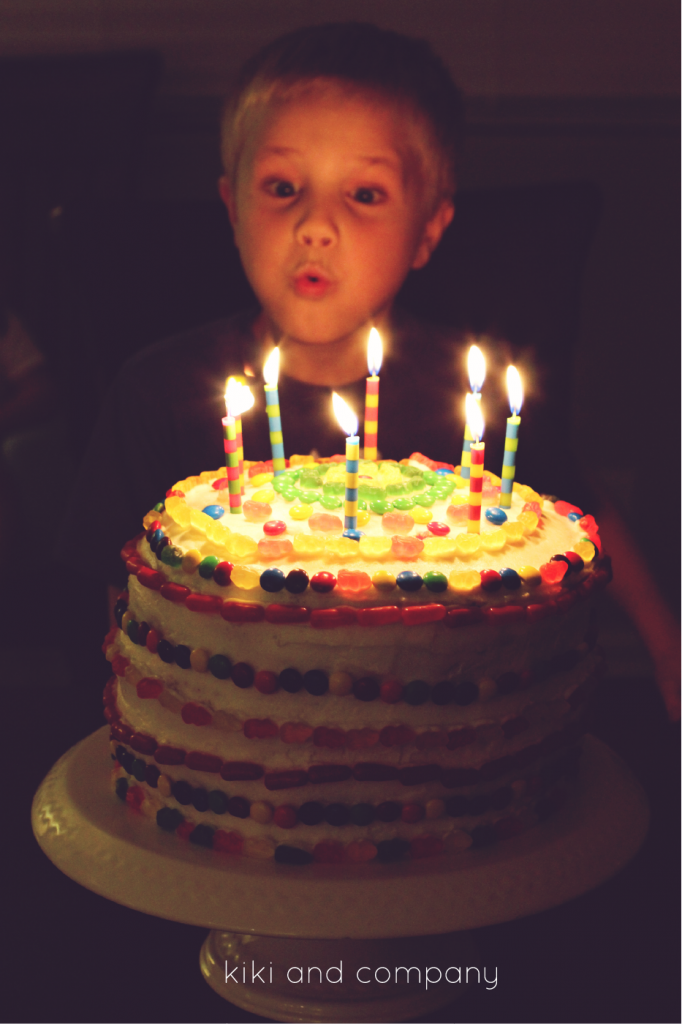 And I can’t wait.

6 thoughts on “Parenting is cake {Through the Cracks. two}”